With 45k cfs in the New River Dries I knew it was time to make the drive to Fayetteville. I had just received the first prototype playboat out of the mold and was ready to do the first major tests of the boat. Mark Hill was kind enough to hangout for the day and take photos. The dries were at an in-between flow and nothing was quite in, the river left wave was greening out and the middle wave was more of a 8ft tall hydraulic that you could get some great passes on when everything lined up.  I knew I was going to be placing the boat through its paces.

I ferried out to the massive wave in the middle of the river and braced as the foam pile slammed into my back. As I surged down the face I could feel the boat skip and go airborn as only a 23lbs carbon boat could.

After getting a solid pass I was able to throw a sizable blunt and then washed off the surfers left side of the wave after landing. The ride was incredible! The speed of the hull and just how easy this boat could disengage on a feature had me excited about the potential for this boat. I stay for about five hours and enjoy the massive features and the unusually warm weather for January.

We're not around right now. But you can send us an email and we'll get back to you, asap. 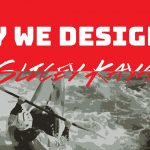 Why We Designed a Slicey Kayak.Kayaking